At work place there was discussion about Wealth, and what it means to the individuals. Speaker spoke about ‘Short / Medium and Long Term’ goals, and creating wealth for specific reason or purpose. That got me to think, how and what I did during my college days and after. Wealth creation is more personal and is generally directed towards a purpose. For some it could be short term, for some it could be long term. For some wealth creation could be possession of money. My personal opinion on wealth is directly proportion to the risk appetite one has.

I was packed & sent to Bombay to be with my Grand parents and do my Graduation. More details about that is placed here. My parents paid off my college fees. Didn’t get any ‘pocket money’ was told to sell the old newspapers and make money. My Grand Father was the Printer & Publisher of Indian Express. So all its dailies across languages, evening papers, weeklies, competitor newspapers, magazines were there for me to make money. Used to make a minimum of Rs 120-150 on a weekly basis. Earned approximately Rs. 500 to 600 per month and spent Rs 100- Rs 150 month. Balance was in my bank account. At the end had a savings of Rs. 14,000. This was the income till I got full time employment. Focus was to be self sufficient on my expenses and possible higher studies / self learning.

After Graduation, joined a full-time computer course at Datapro. Paid the fees from the savings made above. Joined the working community in 1994. To begin with my income was Rs. 1,800 per month, my expenses were basically for travel (Train & Bus fare) and for food. Initial years my work was on Shift basis – 8:00am to 2:30pm, or 2:00pm to 8:30pm. Spent little money on food. In four years time, my income also increased steadily from Rs 1,800 to 7,500 and my savings touched a shade above a Lakh rupees. I invested part of the income in Shriram Chits through my Father and remaining was in savings bank.

Went for on-site project leaving family and kid at Bombay, made some money and the expenses also doubled. Came back to India and settled in Chennai. Savings made from on-site visit helped me to pay off the initial price required for buying a house in Chennai. I got ESOPs from my company and that forced me to open a Demat account. With this got to invest in Stocks and Mutual funds. Though started investing in Mutual fund for tax benefits but later moved as part of wealth creation. By staying on Stocks and investing in day trading, could have earned more returns. However didn’t have the guts to take more risks. Had invested in Unit based insurance and exited the entire pack over a period of time. Have invested in health related investments

To move up one should be ready to take risks. This includes spending on self learning. As one Chinese philosopher says – Risk pays dividends, idle talk brings only wants. 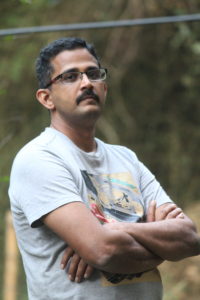